On August 17, 2022, Trophy Games Development A/S (“Trophy Games” or the “Company”) released their H1 2022 report. These are Analyst Group’s comments and key takeaways from the report:

On a group level, Trophy Games performed total revenues of DKK 26.0m in H1 2022 (16.9), corresponding to a growth of 54%, mainly due to the Airline Manager 4 game that was acquired in H1 2021. The game has continued to reach a greater audience and gained new players during H1 2022, reaching 71,000 daily active users by the end of June, which is up from 45,000 daily active users at the start of the year. The total Transport Games series has now overtaken Sports as the Company’s biggest revenue generating segment, accounting to 51% of the total revenues during H1 2022, corresponding to DKK 13.1m. Looking at game series revenues, we consider Trophy Games performance of 44% in growth during H1 2022 to be strong, considering that the Company, as many others, have been faced with challenging global conditions during the past couple of months.

As the Company’s titles in the sporting segment continues to deliver a long-term stream of revenues, as well as the transport segment showing strong growth, Trophy Games has focused in H1 2022 on optimizing the profitability of, for example, Pro 11, which has increased the Company’s overall margins. The presented EBITDA margin of 11.8% for H1 2022 (7.6) exceeds Analyst Group’s estimates of an average EBITDA margin of 9.3% for the full year of 2022, which is something we consider as a positive key take away.

Significant events to expect during the second half of 2022 includes the scaling up of Warhammer IP, which was released during H1 2022, and the release of Shipping Manager. Although the Company is behind its timeline on Warhammer, the market outlook for the game still looks good. Even though the delayed launch has had an impact on the revenue for H1 2022, Analyst Group remain optimistic about the estimates set for the full year. The release of Shipping Manager is expected to become highly successful as it is the sister game of Trophy Games biggest title, Airline Manager, and is included in the highly successful Transport Games series. As the Airline Manager game has proven that the demand for transport manager games is high, Analyst Group expects that the coming release of the new IP Shipping Manager during Q4 2022, as well as the expected release of Truck Manager and Train Manager during 2023, will create additional value to Trophy Game’s core business and act as a catalyst for further growth.

Analyst Group’s view of the report is that the revenues of DKK 26.0m in H1 2022 lays a good foundation for Trophy Games to deliver a strong top-line growth for the rest of 2022. Trophy Games also exceeded our expectations in regards to EBITDA, as well as active players during H1 2022, where the game Airline Manager clearly shows that there is a demand for additional transport manager titles. Lastly, by looking at Trophy Games current cash position of DKK 30.3m by the end of June, it is clear that the Company still have a high financial flexibility to make strategic decisions on how to continue to grow the business further.

We will publish a full update of our previous equity research report. 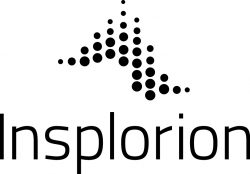