OrderYOYO announced on Thursday, January 12th, the company’s performance during Q4-22. OrderYOYO’s ARR amounted to DKK 212m in December 2022, corresponding to a growth of 23% compared to 2021 consolidated proforma figures. Unaudited net revenue, app smart only consolidated in H2-22, amounted to DKK 148m in accordance with the latest, increased, guidance of DKK 140-155m. Full-year EBITDA is to be released with the full report, however, OrderYOYO expects the EBITDA to be just below zero, hence in the upper end of the raised guidance range of DKK -5-0m. In connection to the announcement the company raised its consolidated 2023 guidance.

”Despite challenging market conditions and the current economic situation with high inflation and rising interest rates, where consumers presumably spends relatively less on takeaway food, OrderYOYO has managed to deliver an annualized GMV of DKK 2,227m in December, which is above the latest guidance of DKK 2,050-2,200m. Analyst Group considers this to be a proof of that the merger with app smart is progressing according to plan, where we still see significant upsell potential through the merger”, says Analyst Group.

In the fourth quarter of 2022 OrderYOYO’s ARR amounted to DKK 212m (173m), corresponding to a growth of 23% compared to consolidated Q4-21 proforma results, which is above our estimates of DKK 189m. The company delivered an annualized GMV of DKK 2,227m in December 2022, which contributed to a net revenue (unaudited) of DKK 148m, in accordance with our estimates of DKK 148m. The EBITDA figures will be released in connection with the full-year report on March 20th 2023, however, OrderYOYO’s EBITDA in H2-22 amounted to approximately DKK 5m, hence Analyst Group anticipates that the full-year EBITDA will be in accordance to our estimates of approximately DKK -1.5m.

Given that OrderYOYO showed a strong development during Q4-22, the company raised its consolidated guidance for FY2023, where the biggest change in terms of the average on the range is in the operational EBITDA, which Analyst Group considers to be partly attributable to an increased net revenue, but also that the merger enables the combined company to deliver its offering in a cost-effective manner. The updated guidance is close to our estimates.

We will return with an updated analysis in connection with the full-year report of 2022. 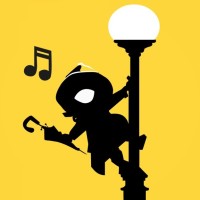